Launching to the world on September 16, 2020, .gay domains are one of the most exciting new top-level domains to come to market in recent memory. With its groundbreaking policies that prohibit anti-LGBTQ hate and harassment, .gay goes above and beyond to create a safer space for LGBTQ people. Despite the vibrant, supportive, and creative communities that LGBTQ people have developed on the internet, many digital spaces are targeted with hate speech, bullying, and abuse. While nothing can completely remove hate and harassment from the internet, the .gay registry is committed to changing the industry status quo and making .gay domains a place that enhances safety and support for LGBTQ people — both online and offline. 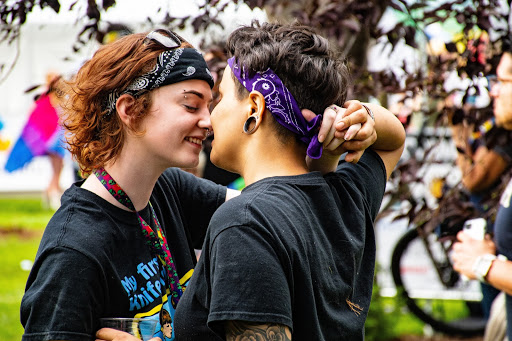 LGBTQ people, from youth to adults, face a disproportionate amount of bullying and violence. This is proven by so many individual experiences, as well as numerous statistics and studies. Notably, 4 out of 5 students experience harassment based on their appearance or perceived sexual orientation, and nearly every student surveyed (98.5%) heard the word “gay” being used in a negative way (e.g., “that’s so gay”). The psychological trauma, especially on youth, is troubling enough, but unfortunately the issues too often result or manifest as physical violence as well. 1 in 5 hate crimes is motivated by anti-LGBTQ bias, suicide victims experience higher rates of bullying before their death, and Black, Indigenous and people of color that also identify within the LGBTQ community are the victims of an overwhelming amount of violence. This is especially true of Black trans women.

Of course, a domain can not solve these grave social problems, but .gay aims to be a supportive new space to help LGBTQ people and allies looking to create safety online and off.

By donating 20% of new registration revenue to its beneficiary partners, .gay leverages its entire platform to help provide real safe spaces for LGBTQ communities. One of .gay’s beneficiary partners, CenterLink, is an umbrella organization comprising over 250 LGBTQ centers around the world. These centers are physical safe spaces, and while the services each offer may vary, they are united by a common purpose to validate, uplift, and protect people in their local LGBTQ communities. The work CenterLink does saves lives, and .gay is unique among domains for its support of that lifesaving work. Few other online initiatives have so much impact in the real world.

Additionally, as .gay has activated a limited number of names before its wider release, we’ve seen tangible examples of how individual .gay sites can help keep people safe in the real world.

Bear in mind that even experiences that allies and others take for granted, such as traveling, require extra safety precautions for individuals in LGBT communities. Companies and groups involved in making travel safer for LGBTQ people are also getting involved in .gay. The gay travel booking site MisterBandB is using MisterBandB.gay, and the International LGBTQ Travel Association has activated IGLTA.gay. There is also an interesting and useful new site at Phuket.gay that specifically caters to LGBTQ travelers looking for insider tips about this popular beach destination in Thailand. 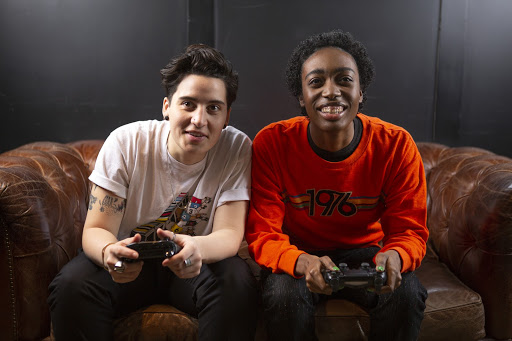 Some registries have policies about acceptable use, but the status quo generally is that offensive website content can only be dealt with via legal proceedings. .gay rejects this status quo, and has instituted an industry-leading “.gay Right Protections” policy. Complaints will be received and investigated, and violators of the policy will be removed from .gay. The policy forbids:

Additionally, registrations are prohibited to recognized hate groups, and .gay domains with forums must have enforcement policies and capabilities to respond to contributor behavior that violates the above.

This is a new and unique policy within the domain industry. The team at .gay believes that .gay itself has been so pridefully branded, and is so inherently in service of LGBTQ communities (including via donation), that many haters are likely to stay away. However, is prepared to respond to hate when it does arrive.

Some of the early .gay sites now live that promise more safety online for their specific online communities include DiscordExtremeList.gay and Furry.gay. 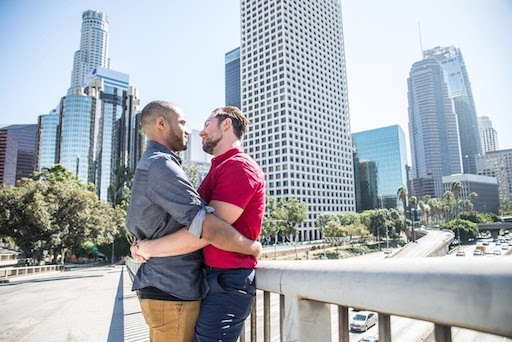 Be part of the change: get your .gay domain now

Dynadot begins carrying .gay during its Early Access Phase. This phase lasts from September 8–15, and a one-time fee lessens each day. (This is known as a “Dutch auction.”) After that, .gay will be available on September 16th on a first-come, first-served basis!

We’re impressed by the early adopters of .gay, the customer interest, and the outpouring of support for this unique and welcoming new domain. Anyone who is a part of, allied with, or working with or for LGBTQ communities around the world should consider how .gay could become a part of their online presence.

Is Your Business Ready For The Holiday Season? .Christmas & .BlackFriday Can Help!5 Tips To Choose The Right Domain Name For Your Finance BusinessWhat is Domain Tasting? History and Common Uses!10 Effective Email Marketing Tips Every Small Online Business Should Follow In 2020 And Beyond.IN Transfer Process from Mitsu to Dynadot

Domain Unavailable: What to do if your desired name is taken10 Effective Email Marketing Tips Every Small Online Business Should Follow In 2020 And Beyond5 Handy Tips To Make Your Business Idea A Success During An Economic CrisisDo I Get a Discount If I Buy Domain Names in Bulk?3 Things We Learned from NamesCon 2018
Dynadot
Domains
Websites
Resources
Top Level Domains
Country Domains