Celebrate the New Year with our $7.99 .COM transfer sale! Use code COMOVER21 at checkout.

Take A Shot With These Photography Tips This Camera Day! 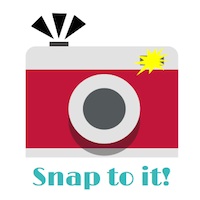 Now that everyone's phone has a camera, everyone is a photographer (well, everyone tries to be one anyway). Although most of us aren't officially using a "camera" anymore, you can still celebrate National Camera Day by getting out the camera on your phone and snapping to it with these photography tips!

Although many people tend to want to center the subject(s) of their photos, it's actually better to follow the "rule of thirds." The rule of thirds states that you should divide your photo into nine equal parts using two equally spaced horizontal and vertical lines and then place your subject(s) along these lines or the intersections of these lines. For example, if you're photographing a person, you can line them up along one of he vertical lines, which puts them either on the left or right side of the photo and then line up their eyes on the horizontal line.

2. Be Aware Of What You're Cutting Off

One thing I notice when people take pictures of other people, is that not everyone pays attention to how they're framing the people in the photo. Sometimes you end up with part of someone's head cut off or an arm or even just their feet. Obviously, you can't always include all of every part of everyone in every picture, but the general rule tends to be that you should avoid cutting people off at joints. That being said, I find the best way to tell if you're cutting someone off awkwardly is simply by taking a moment to line up your picture before you just snap it.

3. Shoot With Light Behind You, Not Your Subject

We've probably all seen pictures where the main subject is just a dark shadow. Unfortunately when your camera looks into the light, it has a hard time "seeing" other things around it properly. If you can, adjust the light source so it shines on your subject from behind you and your camera. If you can't, well, check out #4...

You probably already use the flash when you're inside and when it's dark; however, sometimes it make sense to use the flash outside when it's bright as well. If you can't follow the advice above and your subject is too backlit, making them look like a shadow, try using your flash to bring them out of the shadows and into the (flash) light.

Looking for the right website to show off your photography skills? You're in luck! We've got six photography focused new TLDs for you to choose from:

Now snap to it, everyone! (And check out our last post featuring 5 awesome photography apps to further improve your camera phone pics!) 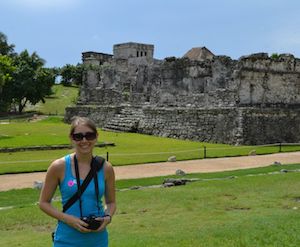 Common Email Marketing Mistakes To Avoid In 2021Dropped Domains: How to Find and Capture Expired DomainsFind A TrueName™ that Suits YouCan You Change Your Domain Name? What To ConsiderGive your art a presence online

Domain Unavailable: What to do if your desired name is takenOur Website Builder-#TheDynadotDifference10 Effective Email Marketing Tips Every Small Online Business Should Follow In 2020 And Beyond5 Handy Tips To Make Your Business Idea A Success During An Economic CrisisCan You Change Your Domain Name? What To Consider
Dynadot
Domains
Resources
Websites
Follow
Top Level Domains
Country Domains