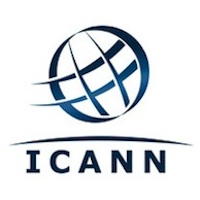 The domain world has been anxiously awaiting the reveal of the new gTLDs that have been proposed to ICANN, the Internet Corporation for Assigned Names and Numbers, through the over 1900 applications they received. Now the countdown has begun as June 13 gets ever closer…

So far, there have been some proposed gTLDs that have been made public. For example, Google announced that it applied for .GOOGLE, .YOUTUBE, .DOCS, and, our favorite, .LOL. Canadian company, Momentous Corp, has proposed .SUCKS and .RIP. Several cities have also applied for their own gTLDs including .QUEBEC, .PARIS, .MELBOURNE, and .MIAMI. You can check out the full list of proposed gTLDs that have been announced on thetoplevel.com.

What are your favorite new proposed gTLDs? What could you see yourself investing in or using for your business or personal website? Take our Facebook poll and tell us your opinion. We've narrowed the poll down to include 26 proposed gTLDs, so if you don't see your favorite or you have an idea that hasn't been proposed yet tell us in the comments! 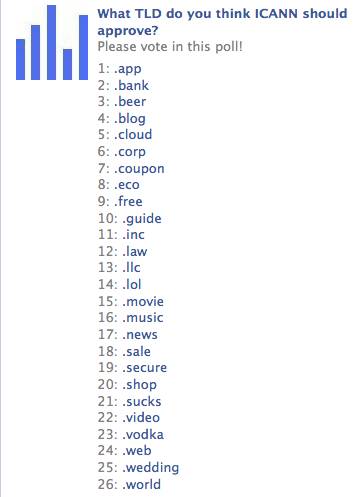 Black Friday & Cyber Monday 2020 Sales!How to Build Trust With eCommerce Buyers This Holiday SeasonHow To Market Your Small Business Without Breaking The BankTake your student recruiting and retention to the top of the class with a .College domain name.Asia is Releasing 2-Character and 3&4-Numeric Premium Domains

Domain Unavailable: What to do if your desired name is taken10 Effective Email Marketing Tips Every Small Online Business Should Follow In 2020 And Beyond5 Handy Tips To Make Your Business Idea A Success During An Economic CrisisOur Black Friday deals are hereBlack Friday & Cyber Monday 2020 Sales!
Dynadot
Domains
Resources
Websites
Follow
Top Level Domains
Country Domains