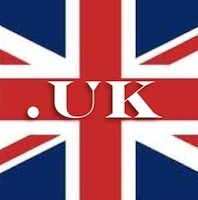 Nominet Announces Shorter .UK Will Be Available in Summer 2014
Robyn Norgan
Nov 21, 2013
.UK is the country code domain extension of the United Kingdom; .UK = UK, obviously. However, you've probably noticed that you don't see many websites registered on .UK. This is because direct registrations on .UK are currently prohibited. There are a few websites that were registered directly on .UK early on, but since then most websites have chosen to establish themselves on the popular .CO.UK.

Today, .CO.UK is the fourth most popular domain extension with over 10 million registrations. So, why open up direct registration on .UK now? Although I can't speak to the reasoning behind it with 100% certainty, I do think it may have little something to do with the impending launch of the new gTLDs (generic top-level domain extensions). One of the new gTLDs in particular sticks out because it was just recently announced that it was officially delegated by ICANN - and that's .LONDON. .LONDON, of course, is aimed at websites in England's populous capital city.

This situation sounds familiar actually, and that's probably because .NZ is doing the same thing. .NZ is New Zealand's domain extension and it too has been restricted, only allowing registrations on .CO.NZ, .NET.NZ, .ORG.NZ, and so on. Recently, however, they have also decided to start offering direct registrations on .NZ. Why, you ask? Well, again I can't say for certain, but I will say that another new gTLD comes to mind - and that's .KIWI. The word 'kiwi' is a nickname for New Zealanders and now it's also going to be an option for their websites.

Although these changes might seem like an annoyance now, in the long run, I think they make sense. In the domain world, shorter has always been seen as better and now you'll be able to cut out three whole characters (don't forget about that extra dot!) from your domain name. For those of you who already own a .CO.UK domain name, don't worry - you will have first rights to your domain name on .UK. In fact, Nominet is giving you a full five years to decide if you want to purchase your domain name on .UK. For .ORG.UK and .ME.UK owners, Nominet says, "in the small proportion of instances where there could be competition – e.g. where one person holds, for example, .CO.UK and another holds, for example, .ORG.UK – the shorter domain will be offered to the .CO.UK registrant." Similarly, if it is between .ORG.UK and .ME.UK, .ORG.UK takes priority. The only difference in priority occurs if, for example, the .ORG.UK was registered before 10/28/13 23:59 UTC and the .CO.UK was registered after that date. In this case, .ORG.UK has priority over .CO.UK. If you aren't sure who has the rights to your domain name (or the domain name you had in mind), the best way of checking who has the rights to it is via the rights checker on dotuklaunch.co.uk.

Personally, I would purchase my .CO.UK domain name on .UK when it becomes available next summer. Maybe not immediately - I might wait to see how .UK is accepted by the market in the first few months - but I would definitely make sure I owned it before those five years were up. Protecting your brand online is important, especially if not protecting it (i.e. not owning both domain extensions) will cause confusion for customers and cause your website to lose out on traffic.

What do you think about Nominet's decision to offer direct registrations on .UK? Tell us about it in the comments.